In 2009, when experts in SEO were asked what they thought was the most important thing in SEO, 43% said links. In 2011 however, that number dropped down to just 22%. The remainder now believes that in the near future, social metrics are going to play a much more important role in SEO.

Here are the most important metrics to pay attention to in social media.

The two Twitter metrics to pay attention to are the number of tweets and the authority of the tweeters.

The number of tweets plays a critical role because Twitter is primarily a viral engine. People are encouraged to retweet content and regularly pass things along.

As a result, search engines like Google know that good content is content that’s passed along. If you get a high number of tweets, that will help your rankings. Most social metrics experts believe that the number of tweets and retweets is more important than the authority of the tweets.

The authority of the tweets are, of course, a measurement of how powerful each tweeter is. If they have a lot of followers and a strong brand, a tweet weighs more than if they were a brand new account.

The two Facebook metrics to pay attention to are similar to Twitter: the more shares you get, the better it is for your page ranking.

Again, authority comes into play. Having high authority shares will impact how your pages rank.

In addition to shares, however, a few other things come into play with Facebook.

Many believe that the number of comments you get plays a factor. High-quality content tends to generate discussion.

In addition, the number of likes you get on your content also plays a role.

One hotly debated topic is whether or not search engines can actually read the sentiment inside comments and tweets.

The general consensus is that Google can actually read comment sentiment to some degree. Of course, it can’t read highly complex comments yet, but by and large, Google can distinguish between positive sentiment and negative sentiment.

It’s believed that sentiment plays a large role in rankings – as large as the number of shares itself.

Getting up-votes on social bookmarking networks can also help your search engine rankings.

Anytime you post new content, submit it to the social bookmarking websites as well. If it doesn’t take off, there’s no harm done. On the other hand, if it does take off, you have a strong ranking factor on your side.

Optimising your e-commerce site for voice search is imperative today. Most people are using their mobile devices to find the information and products they need to solve their problems. They often do it when they are on the go, so they’re usually ready to buy. If you have an e-commerce store, you’ll want to optimise your site to cater to voice search.

The neat thing about voice search is that it’s growing by leaps and bounds due to the advancement of the technology. That means there is a lot of room for growth. With voice search accounting for half of all searches and growing, most of which happens on mobile devices, indications are that voice search will eventually outpace text search growth. The main driving factor is the ease of use and the accuracy of the search results.

SEO Location Based Marketing: Does It Apply to Your Business?

HOW CAN WE HELP YOU WITH YOUR ONLINE MARKETING?

Why not position your business as the best choice for your ideal customer. We can explore your design & website development ideas, and online marketing options together.

Let’s make something awesome together.

SEO Location Based Marketing: Does It Apply to Your Business?

4 Trends in SEO: From Tactics to Strategy 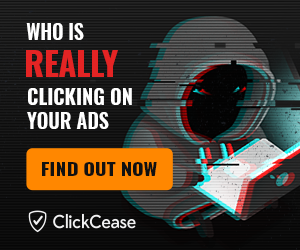 This is the heading

We are an Online Digital Marketing Company based in the UK in the southeast county of Kent.

Our mission is to help our clients Reach More Business with a variety of online digital services aimed at getting you more customers. From Web Design to getting found on Google with Search Engine Optimisation and Pay Per Click advertising, along with Social Media and Email Marketing.

So, If you’re looking to reinvent your online presence, boost your digital marketing, and Reach More Business, then, let’s talk!

Have a project in mind?

Get Our Free Guide on how to Build Your First Email List Plus a Bonus List Building on a Budget Checklist.

Subscribe for more free resources and tips that will help you to reach your customers, starting with this free guide. Unsubscribe anytime with 1 click.

Find out more or adjust your settings.

This website uses cookies so that we can provide you with the best user experience possible. Cookie information is stored in your browser and performs functions such as recognising you when you return to our website and helping our team to understand which sections of the website you find most interesting and useful.

Strictly Necessary Cookie should be enabled at all times so that we can save your preferences for cookie settings.

If you disable this cookie, we will not be able to save your preferences. This means that every time you visit this website you will need to enable or disable cookies again.